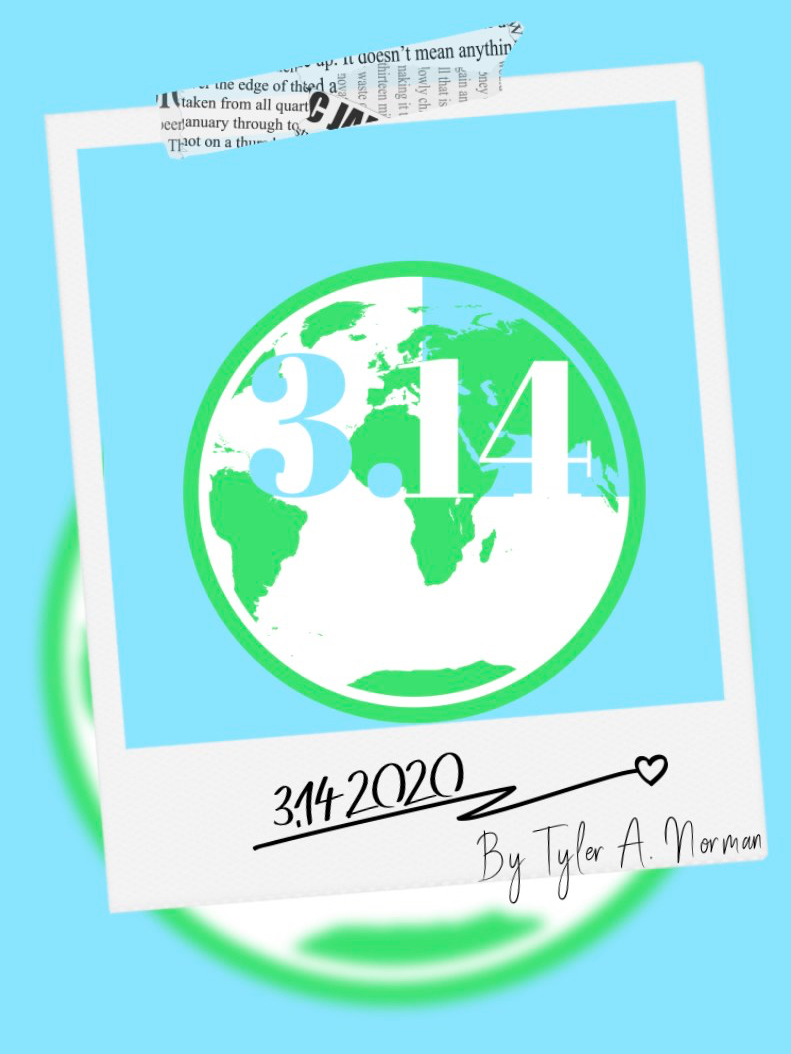 March 14, first mercury retrograde of 2020 shadow period. Entering the Age of Aquarius. A paradigm shift from separation to unison; fear toward more love, and clarity. Death and rebirth. Crumble and collapse. My higher self told me in my dream to start creating from all this chaos so I’m documenting my experience.

I’m experiencing things from a higher prospective. The world is shifting right before my physical eyes but my real eye can see right through it all. I have an inner wisdom, a knowing, and connection to the truth.

So far 5G has been a thing. Since our ever so impatient society wants faster data we are creating 5G towers. But with quicker internet and call roaming comes more radiation. Radiation quite higher than 4G which is already an outrageous amount. But I know it’s not just about faster internet, there’s always deeper plots and underground business taking place. So far there’s been theories on what these amounts of radiation will do to our world and reflectively, us. Some say the radiation will begin killing trees, causing them to rot. Along with it severely effecting our brain function and evaporating a large amount of water in our bodies.

I say… if it’s rotting trees and frying our brains it’s meant to hit us from all angles. I’m sure 5G makes us more addicted to our phones, the quicker the better. We’re being filled with dopamine. We’re getting attention and information faster and faster, easier too. Making our technology an addictive drug. I’m talking from experience as my phone has been sucking my energy through it’s black mirror. This could be to keep our mental energy occupied, distracted, and controlled. I’m sure the radiation in the air is effecting the environment which correlates with our mental energy. Our water, which is our emotional energy and beyond. Ultimately it’s an attempt to keep the collective at a low vibration. Even an attempt at depopulation. Tipping the scales more toward fear than love. It’s a resistance. Dark resisting light.

Supposedly these towers were first built in China, Wuhan to be exact. Recently an outbreak of a virus called Covid19 broke out in China shutting cities down. Causing travel bans and recommendations of returning home for those American traveling in China. It wasn’t a huge deal, because hey China is super far away. Through news channels Americans were told all is well for US. We were told WE were good but lowkey given a over exaggerated story of tragedy for those in Asia. Because of this, I believed, I observed Americans beginning to pay close eye to differences again. Differences which separate us. Side eyes to those with Asian futures.

Within the span a a few months suddenly the world has been outbreaking in this so called virus. The media has fed us death stories and numbers Without giving out info on recovery. They sold us the idea that this “virus” is spreading faster than ever and is more dangerous than not. The president however has sold the idea it’s all a faux. Let me also mention the current president, Trump, recently went under an impeachment trial for connecting with Russia to rig the 2016 election. Bringing along all sorts of bafoonery. Some action movie shit right? Right. Oh, and let me also mention America killed one of Iran’s most important figures. So, we are also awaiting reaction from them. It’s being predicted they will launch a cyber attack on America. Life is crazy.

Anyway, the news and socials, email, marketing, all forms of media have spread this information quicker than ever. Frequently covering it to condition the mind. To plant the information in the mind and more importantly to plant fear of the information in the mind. We can see how much influence the media had over us by the way the collective is responding. We’re panicking. Now, as this virus has so called spread to tons of other countries, causing countries to completely shut down. The collective is panicking. We’re being told the virus has spread all the way here to the U.S in tons of states. Trump has declared a national emergency, schools are closed, universities as well. Concerts are cancelled. Large events are banned. People are wiping the grocery stores clean. Panic buying non perishable food. Preparing for a quarantine.

What I see seems more like fear than a virus thats affecting everyone. Fear is what attracts extremely low vibrations and causes sickness. Similar yet an opposition to The Placebo Affect, it seems like more people are getting this illness by fearing it. Because a sick body is just a body at a low vibration, in fear mode. Those who are supposedly dying from it are already in a very low vibration. Adding more fear only results in death as the vibration has reached its lowest it can survive as a human. Who knows maybe these people “getting sick” could be made up numbers. Maybe what’s causing these symptoms is all 5G. Maybe the virus is real and was actually created in a lab to react with 5G ultimately for population control.

What ever the the root creation of this virus is ultimately this is Mother Earth cleansing herself, detoxing. She’s ridding her energy field of low vibrations, old paradigms, and those attached to them. When I get sick, I am moving low vibrations up and through my body to come clean and begin anew. Mother Earth is doing this, what happens to earth is a reflection of our physical energy bodies. So, we as a collective are cleansing low vibrations up and through us ultimately for a death of an old paradigm and a rebirth of a new world. The age of Aquarius.

Given all of this it’s easy to see these low vibrations as evil entities leading all of shit. They are most definitely the darker side of the yin yang. Yet, the yin is not complete without the yang. We need fear to have love, we need dark and light, we’re a human and a spirit, ego and soul. In order to transform we must die and be rebirthed. These are the laws of the universe, this is the cycle of life, creation of us, and the entire universe. So, although all these tragedies happening are seemingly dark and evil, it’s all divine. It’s all apart of the cycle.

The universe is shifting itself and I am experiencing it all. But instead of being drowned in it all and controlled by the fear. I am aware. I see what’s happening, I see the beauty in it all. Because of this I am love. I have an inner knowing which allows me to not absorb but observe the shift. I’ve already shifted, my prospective sees the higher reason for this all and I’m so incredibly grateful for my view. I went through my own inner death and rebirth of myself for the last few years so I could be prepared for this. So I could be a warrior and help lead the collective toward awakening a new age. I’m forever grateful for my role.

Tyler A. Norman who now goes by Nala Asa Shakur is the CEO of The All Natural as well as the author of Love Starts Here. She’s a multifaceted creator & healer serving through various forms of artistry. Her ways of expression range from being an author, philosopher, model, holistic health guide, creative director, to a Kitchen alchemist . Through her work and her movement, #Naturalisthewaytoglow™, she inspires and assist others with personal growth, self-love, holistic healing, and finding an inner glow.